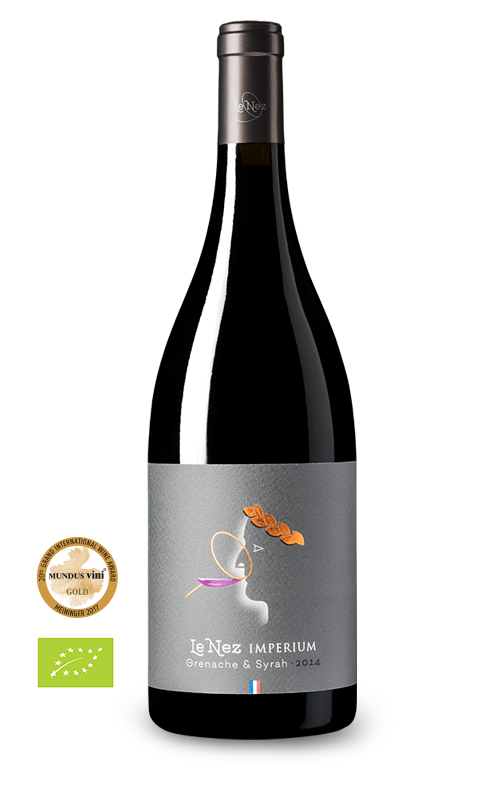 During the 2017 edition of Prowein, Le Nez will proudly showcase a new and iconic wine of the highest quality that was organically farmed: Le Nez Imperium.

During the 2016 edition of Prowein, M.P. Wines introduced Le Nez: A novel and distinct wine brand that challenges traditional expectations and deliver exceptional quality. The experienced Argentine winemaking legend and chief winemaker of Bodegas Salentein,  José “Pepe” Galante, crafted two ranges of wines together with the young, inventive and innovative French winemaker Vincent Chansault: The relaxed and approachable MOMENTS range and the premium and organic Le Nez Francais range. And now, after years of fine-tuning the crown on their successful partnership, Le Nez Imperium is finished to complete the Le Nez portfolio. This wine will retail for around € 30 per bottle.

During the 2017 edition of Prowein the Le Nez Imperium will be released: A Languedoc blend, made with carefully selected, handpicked grapes from the ultra-premium Grenache vineyards in Roussillon and Syrah vineyards in the untamed La Livinière. The name of this prestige blend “Imperium” celebrates the rich history of these two sub-regions, which were the favourite regions of the Romans when Caesar ruled his empire.

Le Nez Imperium is a wine with a deep purple colour and expressive and complex aromas of ripe fruit, spices and black cherries. The same complex yet balanced fruit is present on the palate – it is elegant and modern, with a well-integrated use of oak, the result of ageing in French oak barrels for 20 months.

We use cookies to ensure that we give you the best experience on our website. If you continue to use this site we will assume that you are happy with it.OkRead more